How a Netflix documentary kick started my 2019

by Jenny | Motivation & Self Help | 0 comments

In truth, I can take or leave football, but one Saturday night-in after Christmas, the Sir Bobby Robson documentary on Netflix  ‘just happened’ to be on and, somewhat unexpectedly, I was hooked.

Initially, watching out of the corner of my eye whilst researching through magazines for my clients, I very quickly found myself as engrossed as my football-loving husband (and importantly, I knew that this programme would guarantee me some female-centric viewing time, days later). 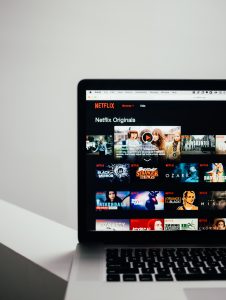 But it wasn’t the football element that captured my attention for the entire duration, it was Sir Bobby’s dedication to the beautiful game, and his tremendous work ethic.

My late dad admired Sir Bobby and seeing clips of games with Gazza and Gary Linekar on the box again brought back some happy memories of years gone by.

But, from watching the documentary, this is what I learned from a man who had had his fair share of ups and downs in the media:

Without wanting to sound like a die-hard fan of football, I feel I should elaborate on a game that almost got the better of him and how, by having a strong mental attitude, belief and confidence, it all came together.

It was Madrid vs his team at the time, Barcelona. Barca were 4-0 down at half-time and during this particular period his job was under tremendous scrutiny.

With a team of top-class players, including the Brazilian legend Ronaldo, in the locker room, during half-time, he said words along the lines of “just play your best and remember what you have learned…that’s all you can do.”

The team, of course, did just that and went on towin 5-4. Looking back, Sir Bobby says that it was the best 45 minutes of football he had ever seen in his 40 years in the industry.

He later went on to comment with the famous quotation:

Loved and hated by the media and worldwide fans throughout his career, he bounced back to be stronger and even more charismatic after every low ebb. His beloved wife even said of his cancer fight that he wanted to conquer that too – he saw it as a competition.

Sadly, cancer did win in the end but his legacy, of course, is his tremendous dedication to football, his inspiration and leadership qualities and his genteel approach to working with players, teams and clubs.

As we’re at the start of a new working year, I have taken much-unexpected inspiration from the Sir Bobby documentary; it was a great programme to have watched ahead of the first full working week of 2019. So if you have some spare time and, like me, you’re not a footy fan, watch it.

Wishing you all a happy, healthy and successful year ahead. x

PS. If any of my footballing facts are incorrect, I apologise. As I said, I’m no expert. 🙂